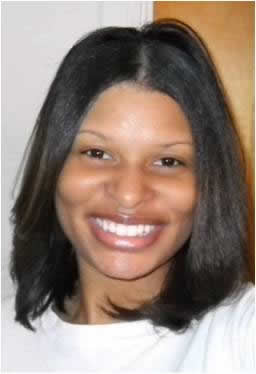 Born in Jackson, Mississippi, Elizabeth Harper is the daughter of Rosie Jimerson and Jarett Harper, aunt, friend, Soror of Delta Sigma Theta Sorority as well as an employee of Comcast Cable as a Human Resources Generalist. Elizabeth loves to travel, eat, relax and spend time with her family. She is a graduate of Jackson State University with a 2005 BBA in Business Management and a 2008 graduate from University of Phoenix with a MBA in Human Resources. While at Jackson State University, Elizabeth was active in SAM and various other organizations within the College of Business.

When Elizabeth graduated from Jackson State University she was accepted into the management training program with the Kroger Company, where she was promoted to a Senior Co-Manager a year later. In 2007, Elizabeth accepted a position the position of Executive Team Leader of Guest Services with the Target Corporation. Elizabeth started working for Comcast Cable in 2010 where she was a Technical Support Supervisor and was promoted to Human Resources four years later. Currently, Elizabeth is a Senior Human Resource Generalist where she conducts new hire orientation, investigates employees concerns and complaints and focuses on reducing employee turnover and the usage of leave of absence.  This year Elizabeth started the first annual Elizabeth Harper Book Scholarship which was awarded to Lamonica Watson. Elizabeth has a passion for helping the youth and being of guidance when it comes to real life work scenarios and situations.