#GIVE2JSU
Office of The President 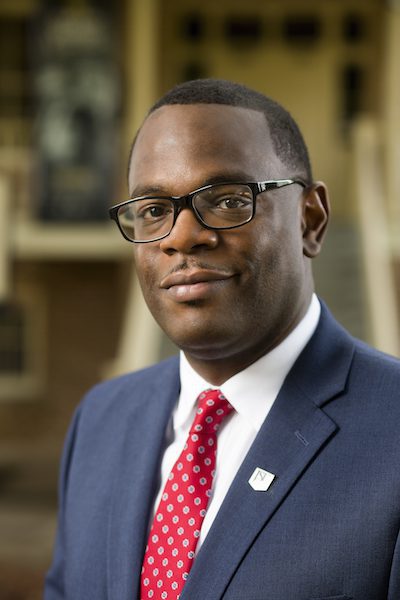 Office Of The President

Jackson State University President Thomas K. Hudson grew up in Jackson, Mississippi, where he attended and graduated from JSU in 1999. He went on to receive his Juris Doctor from the University of Mississippi School of Law.

With an equity-based focus, Hudson established a successful private practice, and served as an EEO specialist for the Department of Homeland Security/FEMA. Still, his JSU roots beckoned, and he returned to his alma mater in 2012.

Hudson served as Acting President of JSU before being named President on November 19, 2020, by the Board of Trustees of State Institutions of Higher Learning.

A long-standing champion of education, Hudson’s goals remain to enhance the university’s legacy and expand its global footprint while fortifying its mission to produce ethical and technologically advanced global leaders who properly address societal problems and compete effectively.

As a member of the Jackson State staff since 2012, Hudson has served as Chief Operating Officer/Chief Diversity Officer, Chief Diversity and EEO Officer/Title IX Coordinator.

He has been described as a visionary who stays flexible and abreast of national themes, trends and issues across the higher education landscape and how HBCUs fit into that framework.

Before the presidency, Hudson was Assistant to the President and Chief Diversity Officer. He was the co-chair of the university’s Strategic Planning Committee. He also served on the executive cabinet and guided senior leadership on all topics related to the university’s future course and trajectory.

Committed to the standards of diversity, and inclusion, Hudson served as Vice-Chairperson of the university system’s Chief Diversity Officers’ Council. He is also a member of the Margaret Walker Alexander Center Board of Directors and the JSU Athletics Hall of Fame Foundation Board of Directors.

Hudson and his wife Phylandria have two daughters: Josephine and Abigail.