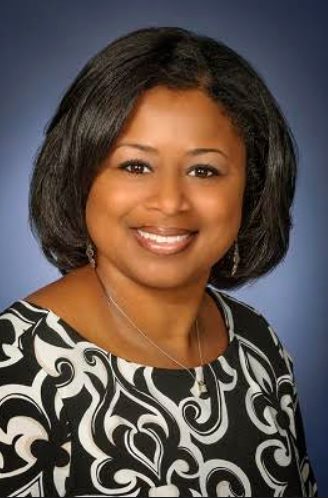 Lori J. Evans currently works at International Paper as a communication specialist for the Global Cellulose Fibers (GCF) business. In this role, she is responsible for providing overall communications support for GCF senior leadership, employees and business projects by researching and writing for business leaders, developing effective communication strategies and tools for business specific projects and serving as a liaison between corporate headquarters and the business’ global market.

Lori had a successful 14-year career at Jackson State University where she demonstrated a genuine love for her university and desire to see students succeed. This was evident through her leadership and service to students, faculty and staff through various roles in Student Affairs/Student Life, including admissions counselor and university scholarship coordinator, coordinator of student organizations/advisor to Student Government Association, director of student life communications and outreach, associate director for campus life and assistant director for greek affairs. In 2012, she was honored by the JSU Student Government Association as “Woman of the Year”.

Lori’s passion to be a catalyst of change has led to the recognition of her commitment and service to her community. She was recognized by the Mississippi Business Journal as a Top 40 Under 40 honoree (2008); and named one of Mississippi’s Top 50 Leading Business Women (2010). In 2013, she was recognized by Dr. Carolyn W. Meyers as the first ever recipient of the JSU Inaugural One JSU Excellence Award “Public Servant of the Year”. Other notable accomplishments include, graduate of Leadership Greater Jackson (2006-2007) and Leadership Mississippi (2011), and elected to serve as president of the Leadership Greater Jackson Alumni Association (2009-2010).

Lori has been an active member of the Jackson State University National Alumni Association (JSUNAA) since 1999. She became a LIFE member of JSUAA and the Jackson-Hinds chapter in 1999. She has served JSUNAA in several roles including Mississippi Regional Vice President (2003), member of the Black-Tie Gala steering committee and currently serves as president of the JSU Memphis Alumni Chapter. She received the JSUNAA “Young Alumni Achievement Award” during the JSUNAA Inaugural Black-Tie Gala in 2011.

Lori is a member of the Junior League of Memphis, Memphis (TN) Chapter of The Links, Inc., New Memphis Institute Fellows graduate, NEXUS Leadership and is still an active member of the Jackson (MS) Alumni Chapter of Delta Sigma Theta Sorority, Inc.

She is married to Christopher K. Evans, (’91) and enjoys spending time with her family and friends and traveling.