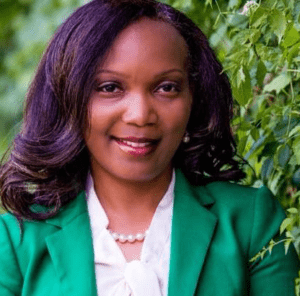 Educating and assisting others can be found at the core of Marquita McCullum’s being. During her years of service, she has realized that it is her responsibility as an educator to create a safe, student-centered learning environment and offer her support to every single student, parent, and colleague that she encounters daily. Because education is one of the few gifts that can be given and not taken away, she seeks to provide that gift continuously.

Ms. McCullum received a Bachelor of Science degree in Psychology from Jackson State University, a Master of Education degree in Elementary Education with a Reading Endorsement from William Carey University, and a Principal Certification from Lamar University. She is currently a doctoral candidate at Texas A & M University-Commerce with a focus in Educational Administration. As a life-long learner, Ms. McCullum often reads educational articles, attends conferences and training, and facilitates professional development.

During her first year in education, she served grades 4-8 as a Technology Facilitator supporting teachers with the integration of technology in their instruction and overseeing the Enhancing Education through Technology (E2T2) federal grant for East Jasper School District in Heidelberg, MS.

Her teaching career started the following year in Laurel, MS where she was named Laurel School District’s Teacher of the Year as a second year English Language Arts and Reading ( ELAR) teacher, served as a Thinking Maps trainer and was appointed as a team leader.  In 2010, she moved to Texas, joined the Irving Independent School District, and continued teaching ELAR serving as a diversity trainer for her campus and working as a team leader until she transitioned into administration.

Ms. McCullum began her journey in administration as the Dean of Students at the middle school level and Lead Dean of Students for Irving ISD for two years. She was promoted to Assistant Principal at Travis Middle School where she served two years.

The desire to serve closer to where she resides took her to Cedar Hill ISD. Upon her arrival in CHISD, she has served as the Assistant Principal at Collegiate Prep Elementary.  While at Prep, she was appointed as Principal at Lake Ridge Elementary school; where Ms. McCullum currently serves. Under her leadership, she has established systems, improved the culture for scholars and faculty, strengthened partnerships with parents and community members, and been instrumental in creating a Montessori program within the school that will debut during the 2019-2020 school year.

Ms. McCullum possesses effective leadership, interpersonal, communicational, collaborative, and organizational skills. She also understands the importance and value of analyzing data and knowing people so that informed decisions can be made.

Ms. McCullum believes that each day presents an opportunity to learn and to grow. She is honored to serve as the “Lead Learner” at Lake Ridge Elementary School.