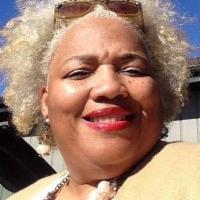 Ten years before graduating Carolyn embarked upon a milestone to finish the task that she set out, and as of today she is proud to say, "It is well!". Embarking upon the journey was an ultimate goal that was set in motion, during her first acceptance into Jackson State University, Fall of 1981. Carolyn received a BA in Criminal Justice, Fall of 1998 and her MA in Urban and Regional Planning in 2018.

In the Fall of '82, Carolyn married her college sweetheart. Two years later they welcomed two wonderful children, both of whom made "Thee I Love" their college choice. After seeing them successfully gravitate in their fields, she knew she had to take the leap of faith and finish her college degree.

Carolyn gained employment in her field of study as a Transportation /Fleet Manager at Jackson State University. Her contribution to the university was constant in the proposal and acceptance in the purchase of the very first (2) motor coaches for the university and the implementation of the shuttle program which supported the master landscape plan for the campus. She challenged her mental aptitude to accept that furthering her study in pursuing a Master's was her defined destiny.

She applauds herself for having the perseverance to continue the plight. The onset of her decision was met with many challenges, as she is the only child,  she became the caregiver to her aging parents, as well as support for her spouse, as he too was challenged with a rheumatic medical diagnosis. Altogether, the season of acquiring her  Master's ushered in three major surgeries for her dad, diagnosis of osteoarthritis and early dementia for her mother, and a hurdle of prolonged hospital stays for her husband.

According to Fairley – Holmes, "I knew that this was my season of accomplishment because the trials were so great. I found being in class awarded me being more intellectually aware and substantiated my willpower to it's highest potential. I completed this task scholastically well, and an incompletion, I have decided that I am interested in furthering my studies more, in pursuit of the Ph.D. in Public Policy & Administration."