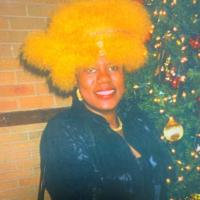 Dr. Thompson was married to Rev. Dr. Taylor T. Thompson, a former Business Executive from Pittsburgh, Pennsylvania. Their son and only child, Cortlandt Gerard Thompson, a fifth generation African Methodist, was robbed and murdered on October 22, 2014.

Dr. Thompson, a fourth generation A.M.E., has served as a delegate to three of the World Methodist Council Executive meetings, representing the African Methodist Episcopal Church.

In 1981, Dr. Thompson attended the 14th World Methodist Conference in Honolulu, Hawaii. In addition to the above foreign travels, she has been to Ireland, Canada, and traveled extensively throughout the United States.

Dr. Thompson was employed at Jackson State University for 34 years after retiring in May of 2014, Dr. Thompson retired from the University as Founding Director of the Center for Student Professional Development in the College of Liberal Arts and Geography Professor in the Department of History and Philosophy. She is the Past Founder and Director of the Black History Challenge Bowl; Past Director of the National Honda Campus All-Star Challenge Bowl for several years, which brought the University tens of thousands of dollars for scholarships. She served as a reader for The Researcher; and, was recognized and honored as a member of the Thousand Dollar Club at Jackson State University. She also chaired many other committees. She was also the recipient of many honors too numerous to list.

Besides her religious affiliations, Dr. Thompson holds membership in the following: Life Member of Alpha Kappa Alpha Sorority, Inc.; Association of American Geographers; and the NAACP.

Dr. Thompson has published four books in geographic education which she used in her classes. She also published articles; presented papers at professional meetings; conducted professional workshops; and received thousands of dollars in funding for her proposals. Dr. Thompson is in demand as a speaker for Women’s Day, Laymen’s Day, Missionary Day, and Church Anniversary.

After Dr. Thompson’s retirement in May of 2014, and her son’s death in October of 2014, she established the following two scholarships in 2015 at the Jackson State University Development Foundation. But, in December of 2017, both scholarships were opened for public donations. They are:

Mr. Cortlandt Gerard Thompson’s scholarship fund at Jackson State University is designated for African American males (ages 18-35) from the State of Mississippi, who must meet the criteria for a second chance.

Dr. Thompson’s scholarship fund at Jackson State University is designated for an African American male or female (ages 18-35) from the Mississippi Delta, who must meet the criteria for a second chance.

Dr. Thompson strongly believes that it is very important that African Americans meet their full potential.  Education is the key. Some individuals have the desire, the talent, and the creativity to attend college, but they lack the financial resources. There are some who have made mistakes. They should not be punished for life. With her funds and donations from the public, she knows that together we can meet the challenge and make the difference.

For tax deductible contributions/donations by mail, please complete the following:

Please make check(s) payable to Jackson State University Development Foundation and mail with this form to the following address: