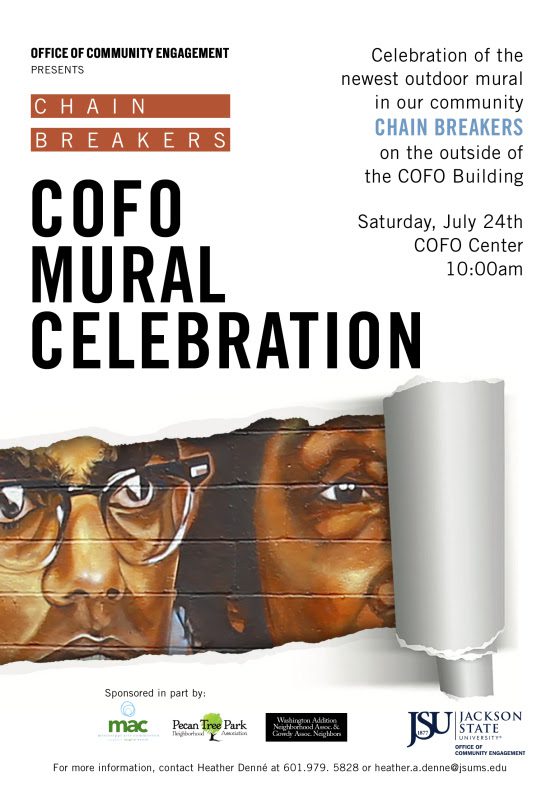 The Office of Community Engagement at Jackson State University, thanks to funding from the Mississippi Arts Commission, has completed an outdoor mural by the artist Sabrina Howard at the COFO Civil Rights Education Center. The mural represents pioneers of the West Jackson community and was a collaboration of the neighborhoods that surround JSU including Washington Addition, Hemingway Circle, and Pecan  Park.

The Margaret Walker Center invites the community to join us at 10:00 a.m. on Saturday, July 24, to celebrate the completion of the mural at the COFO Center at 1017 John R. Lynch Street.

You are invited to this historic event to celebrate pioneers of our community. For more information, please call 601-979-5828 or email heather.a.denne@jsums.edu.

Those featured on the mural include: