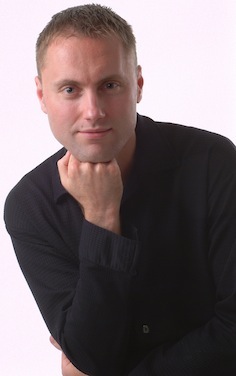 My primary areas of specialization are composition, music theory, and electroacoustic music. As part of my
present research, I have written an extensive analysis of Quattro Pezzi (su una nota sola) by the Italian
composer Giacinto Scelsi in which I have investigated the meaning of the “third dimension” of a sound
phenomenon – the sonic depth that he explored in this piece and many others throughout his life.

I have pursued an innovative approach to musical analysis, exploring the sound world of Scelsi's Quattro
Pezzi (su una nota sola). Traditional analysis does not have much to say about a work which consists of a
single, sustained note. But Scelsi's work stretches this single pitch with a multitude of microtonal
deviations and the harmonic illusions they produce, as well as a constantly shifting landscape of timbre
and dynamics, producing music which demands the listener's attention. Scelsi describes his music as
"three dimensional." I have followed his line of thought, designating pitch as a single dimension; duration
(including Golden Section relationships) as a second dimension; and the third–the subject of my
investigation–as a rich interweaving of timbre, dynamics, and microtonal inflections which form the very
substance of the work.

Throughout the last 5 years, I have also been involved in music perception, formal structures in music, and
temporal-gestalt segmentation. I have been working extensively on designing a type of interface suitable
for measuring the weight of stimulus-driven music parameters characteristic for the complex repertoire.
Interested in the cognitive processes that are shared by composers and listeners, I am attracted in generic
cognitive processes that are stable as well as unique not only within the complex repertoire but also within
earlier music styles. My work raises a simple question in which the answer of the subject is presently a
substance of a number of researches: How do we listen to music?

I believe that the most of us as musical listeners, have certain expectations concerning the way music
sounds. These expectations are almost intuitive, based on our previous experiences with music.
The listener expects to hear a particular set of harmonic relationships, expects certain chords to resolve to
others, and expects the notes of one key to modulate to the notes of another key. Listening is like reading
in which each note serves as a point of reference from previously heard notes as well as future ones within
the music phrase. If the particular music phrase is new to the listener, then he/she is able to form a
framework with these points of reference that give meaning to the phrase much as unknown words give
meaning to unknown sentences.

One of the future goals for my research activity is to test these research subjects on the particular piece
called Quattro Pezzi (su una nota sola) by Giacinto Scelsi. By choosing this approach of studies and
analyses of Quattro Pezzi, the attempt is to open wider areas of research and general understanding of the
relationship between composer and listener. With the purpose of reaching the most accurate conclusion
of the actual composer’s intention on one side and listener’s way of hearing on the other, the research goal
will be to compare these two perspectives in order to find a valuable outcome of how much these
viewpoints vary from each other and what would be the proper interface that would calculate these
particular differences.