Learn more about our fellow faculty and staff by clicking the desired member below. Lieutenant Colonel (LTC) Rodgers Brown, Jr is the current Professor of Military Science at Jackson State University, Military Science Department. He is a native of Jackson, MS and a graduate of Murrah High School. He was commissioned as a Second Lieutenant in the Army Reserve Officers’ Training Corps as an Engineering Officer from the University of Mississippi in 2000.

LTC Brown’s assignments include multiple joint and operational deployments in Staff Officer positions at the operational and strategic levels. His command assignment consists of the 814th Multi-Role Bridge Company during combat operations from 2004 to 2006. LTC Brown extended his deployment from 2006 to 2007, serving as the Brigade S4 for the 20th Engineer Brigade AB. In 2011, LTC Brown was assigned to the 46th Engineer (Combat) Construction Battalion as the Operation officer and was selected to become the Executive Officer at Fort Polk, LA. In 2013, he was selected as the Director of Current Operations (J33) in support of Joint Task Force Bravo (JTF-B) at Soto Cano AFB, Honduras, in US South Command (USSOUTHCOM). After re-deploying, LTC Brown was assigned to US Army Forces, Central Command (USARCENT) at Shaw AFB, SC, as the Director of the Joint Planning and Execution System (JOPES) Directorate (J5), and later as a Lead Engineer Compartmentalized Planner in the J5 Directorate. LTC Brown’s additional deployments at the Operational level include Bahrain, Jordan, Iran, Qatar, Saudi Arabia, and Kuwait as a Strategic Plans Officer in support of the Combined Joint Task Force – Operation Inherent Resolve (CJTF-OIR) in US Central Command (USCENTCOM).

In 2016, LTC Brown was assigned to the Engineer School House as the Deputy Director for the Department of Instruction (DOI) at Fort Leonard Wood, MO, and later became the Director of the Engineer Personnel Development Office (for the Engineer Regiment). Before leaving Fort Leonard Wood, LTC Brown was selected and served as the Director of Current Operation (G33) for the Maneuver Support Center of Excellence (MSCOE), where he managed and served all three branches (MP, EN, and CBRN). From 2019 to 2022, he served as an Observer, Coach, and Trainer (OC/T) while assigned to 177th Amor Brigade (First Army DIV East) with duty at Camp Shelby, MS.

LTC Brown is married to Aurelia M. Brown from the Philippines, and they have two children, Nicole and Rodgers III and currently resides in Madison, MS. 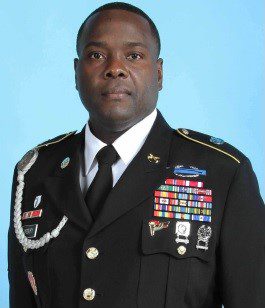